Giving myself a year to develop 101 domains: I was going to launch this project on May Day (16 years after opening my first site, TastyTrixie.com, to members). Didn't get it off the ground.

Then I was going to launch it on Labor Day. Nope ... didn't happen.

Maybe picking a day is arbitrary nonsense, but I needed to do it.

I need a deadline. A potential end to the madness of hoarding ideas, hope ... insanely unrealistic attachments.

This start date is just another in almost two decades of my many false starts. So many things I haven't finished. I'm collecting a bunch of them here and giving myself one year to redeem them.

The good news is also the bad news: I'm not actually starting from scratch and setting out to make 101 websites in just one year; I already have sites. A few of them already make money! But if I haven't made more of all these domains over the past almost-twenty years I've been collecting them, isn't it crazy to think I'll build productivity and profitability into 101 of them in just twelve months? And is it even the RIGHT thing to try to do something so American-dreamy right now when that is the ship all sane people can see is the siren song of wreckers on the crushing rocks of late stage capitalism?

This is about work. Money. Growth. Failure. Success. Gender. Pride. Fear. Self-Employment. Debt. Media. Self-publishing. Faith. America. Focus. Struggle. Shame. Compulsive buying. Hoarding. Goals: when to give up ... and what makes us want to root for ourselves and each other.

Maybe doing this middle-of-the-night soft launch on my half-birthday is appropriately half-assed of me. But if I'm still counting half-birthdays at forty-five (and a half) and grinning with mischief after midnight sitting at the computers STILL GRINDING AT THIS WEBMASTER GAME ... there's something optimistic and lovely about that keeping me sparky inside with excitement.

Maybe this is also about half-assing happiness. 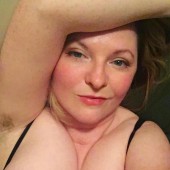